red glitter vinyl, carpet padding
Torso: 5′ Sleeves: 8′ Weight: 40lbs
Performance, August 28, 2004
Like a virus, this work was installed on the audience attending the first Open Doors exhibition. The audience was encouraged to try on this hot and heavy wearable, but with the Texas nights being what they are, few were excited about sweating through their nice clothing. Hunter Cross, Ming Gong, Travis Austin, and Caroline Wright also wore the wearable. 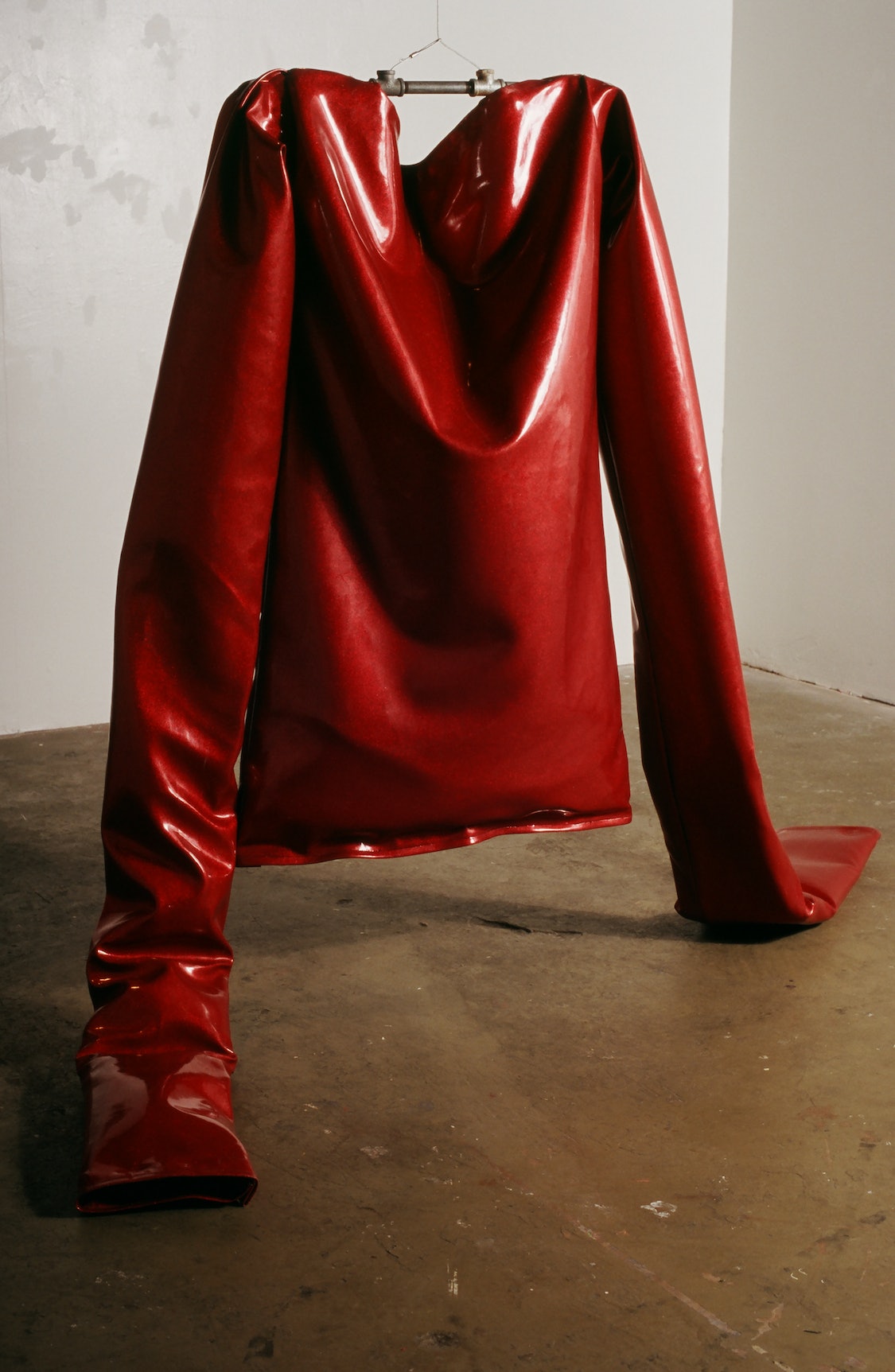 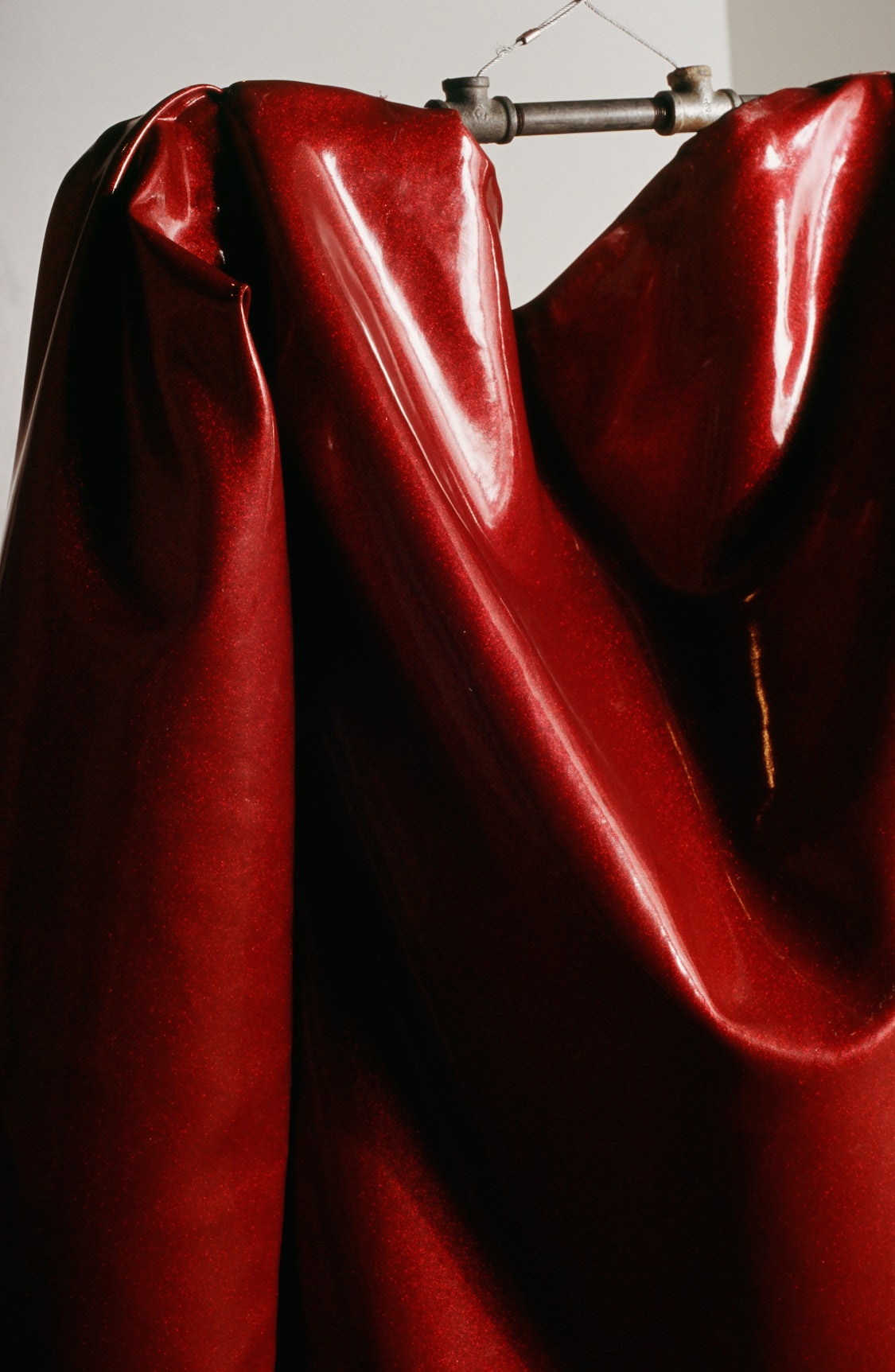 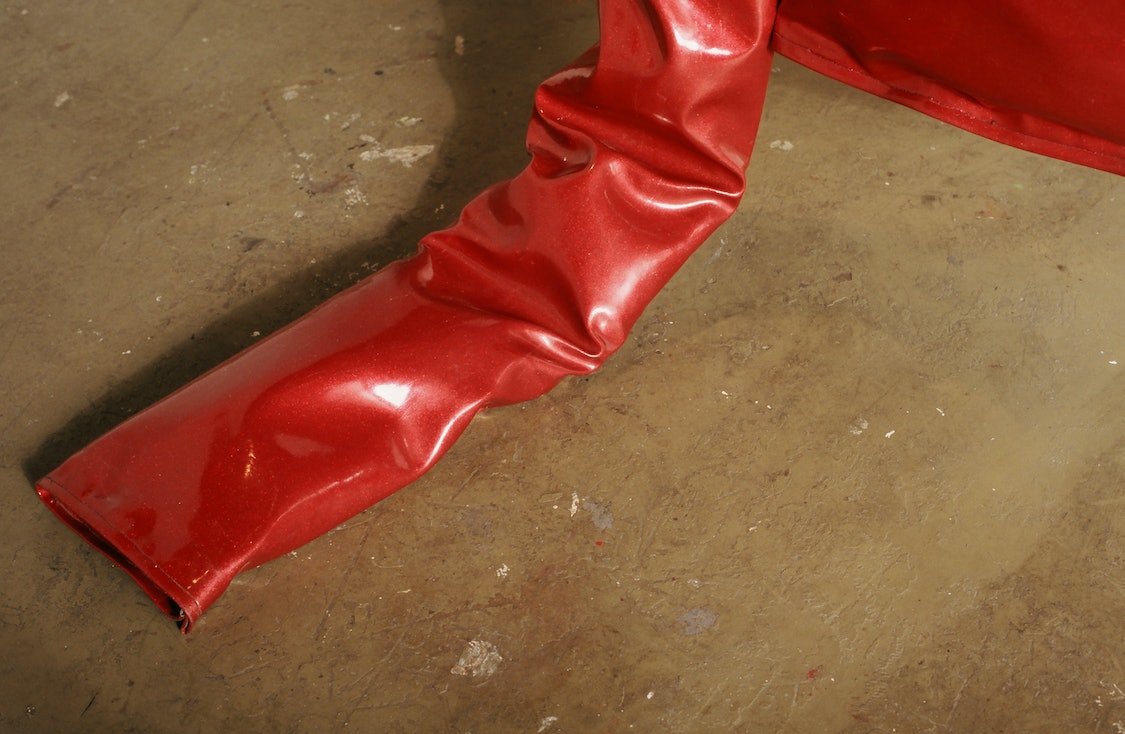 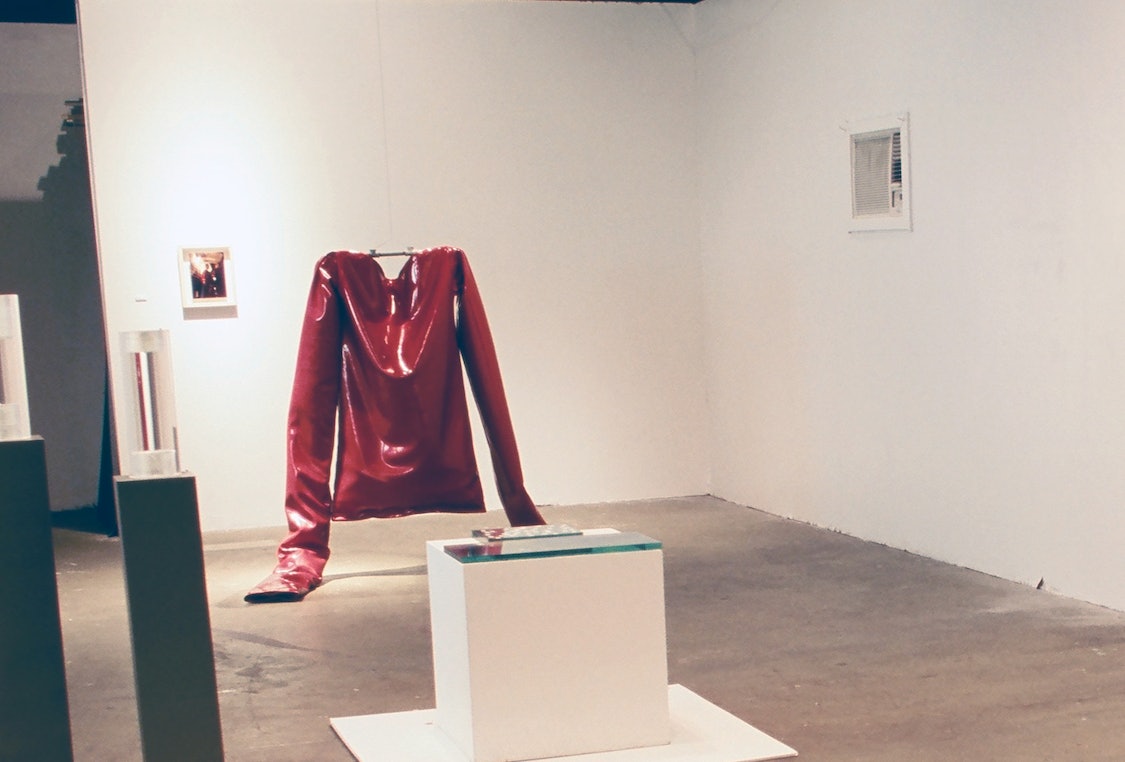 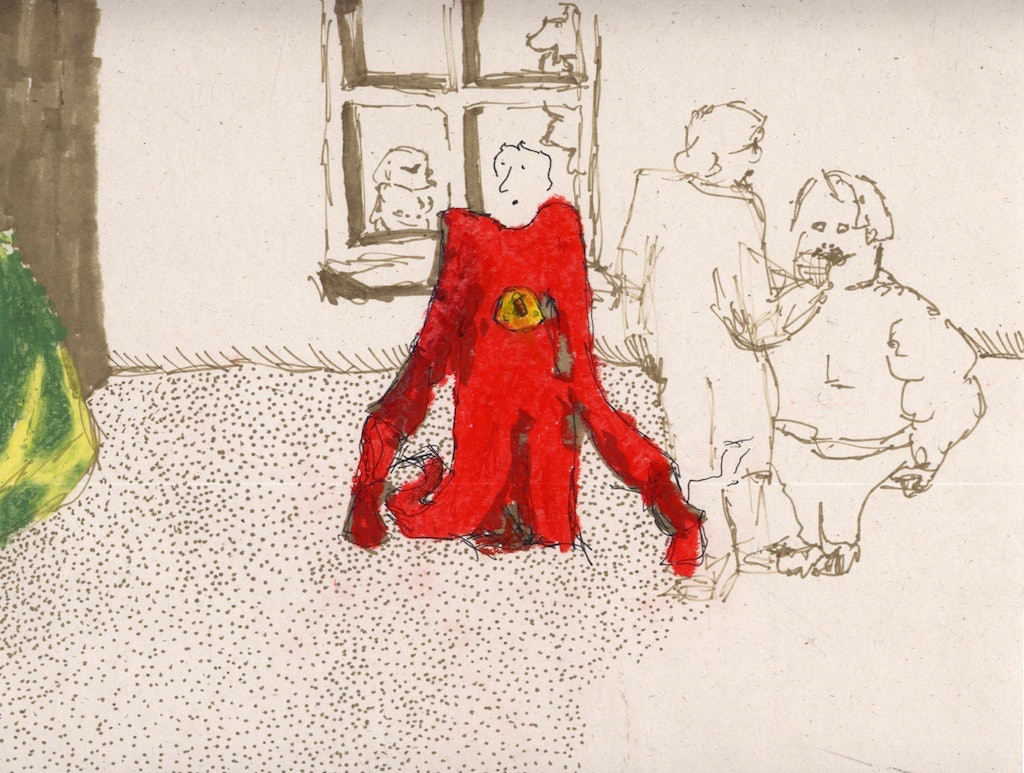 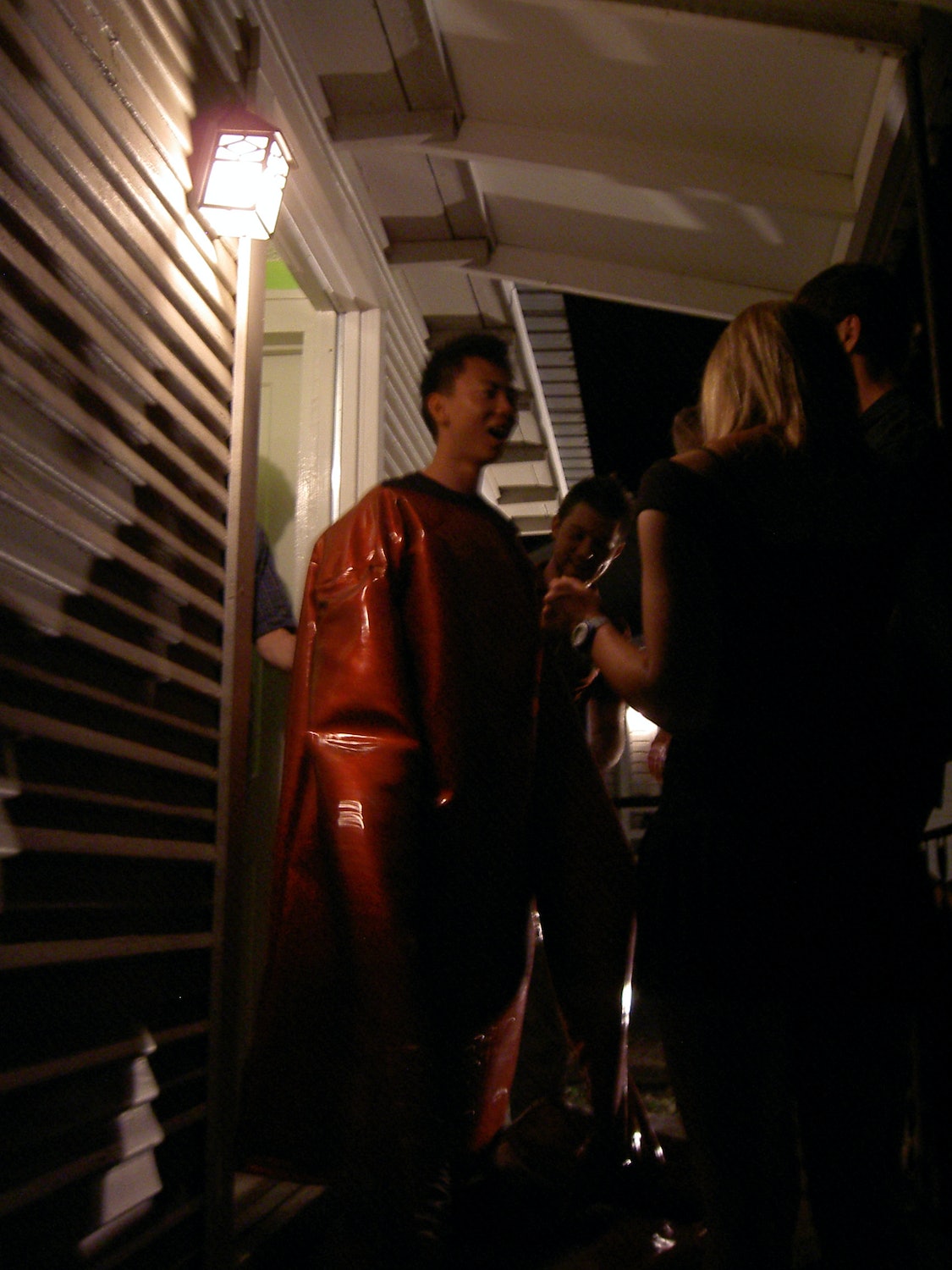 Ming Gong wearing Life Preserver, with Hunter Cross in background during Open Doors, 2004. This image shows the back door of the house, the entry room painted green for the accompanying wall text.

At one point the project was conceived as a timed game (seen with the clock timer mid-chest seen on the initial proposal sketch), in which the “game” would be to get rid of the wearable by convincing someone else to wear it before the time ran out. This proved to be unnecessary, we did not lack in people wanting to try it on, so it made it a lot more fun avoiding that.